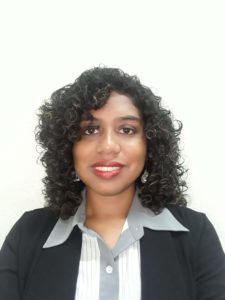 In recent weeks, we have lived through the murders of two of our beloved students: Dwayne Cummings and Masaki Yanai. These murders have been particularly troubling since neither of the UB students were involved in criminal activity. After all, one can expect that if one lives by the gun there is a higher likelihood of dying by the gun. However, that was not the case for these students. The death of two students as victims of crime, arouses strong emotions within the population because we can appreciate the innocence of the victims. For some, it even arouses the feeling of being a little less safe and can arouse the thought that: “it could really happen to anyone now”. It is much easier to relate to the promising student than the lawless youth. There is less empathy when the victim is also a criminal.

But how did we get here? How does a young person decide one day that they are capable of murder? How does a person come to the point of pulling the trigger and thinking they can get away from the law?

In order to understand this, let’s rewind to 20 years ago when both the promising student and the lawless youth were just a few months old and very similar. Let’s humanize our future criminal and give him a name: we will call him Mikey. No mother bears a child and thinks to herself, “yes, I’d like you to murder someone one day,” or “when you grow up you will commit crimes for a living.” Of course not! Mothers hold their babies and hope for all things wonderful and good. They think: “maybe this little one will make it out of poverty”, “maybe this little one will become a doctor or a lawyer or the next prime minister”, “He will go to school and maybe he will finish whereas I could not”. So where does the shift happen? Where does our bundle of joy turn into a criminal and the other into promising student?

Let’s start with social location: our future criminal, Mikey, is usually born in poverty. He is raised in a social situation in which the basic needs of food, shelter and safety are not guaranteed. A meal trumps a math book any day when a good meal is difficult to come by. Transportation to school, school books, uniforms and school material take second priority to food, shelter and safety.

The second aspect of our future criminal’s location is the environment: there is usually violence within the neighborhood. It’s normal! Let’s put that into perspective: you wake up every day and see the sun. The sun is a normal part of everyday life. You do not question it, you do not try to change it because the sun is a normal part of your life and you learn to turn a blind eye to it. Everyday violence includes everything from gunshots, domestic disputes, fights, arguments, to home raids; it forms part of the normal everyday fabric of that particular sub-section of society. It’s strange to those who do not live it and experience it every day much like the sun would be foreign to someone who has lived in a cave all their life. We become strangers to each other because we are used to living in different environments. Consider being born into this environment of poverty and violence. Our child has not even started the race of life and he is already behind the starting line at the race track. The struggle is about to become very real.

Now, let’s consider our future criminal’s mother for a moment. She is very much your average mother trying to take care of her child. During and after her pregnancy she visits the clinic when she can afford to get there. Note that if she cannot always make it to the clinic or does not comprehend the importance of clinic visits Mikey could be missing out on the necessary prenatal and infant care that could help him later in life.

Mikey’s mother tries to ensure that he is safe and leaves him in the care of family and friends she feels she can trust. Sometimes this puts the little Mikey’s of Belize at risk for sexual abuse which is certain to leave anger and psychological scarring that Mikey will live with for the rest of his life.

Mikey’s mother ensures to provide for him; she has a job. She is also probably a single mother but not always. She struggles to make ends meet. Imagine how frustrated and tired she is at the end of the day. Do you think she wants to live in a shanty? Do you think that she enjoys the financial struggle? Do you think she does not want a meaningful loving relationship with a man? Of course, she does. She has the burdens of finances and taking care of Mikey and likely taking care of her other family members as well. Mikey’s mother is a woman, we must expect her to attempt to have a meaningful, loving, sexual relationship with a man; however, this often brings its own set of problems. To top it all off, as she is experiencing all these burdens our little Mikey is going to do a naughty thing like children usually do. The likely recourse is that mom is going to ‘buss’ little Mikey’s ‘ass’ so he can learn. Is she not being a good mother after all?

But, let’s pause again; have you ever seen a parent lash their child in the absence of anger? When we hit our children out of anger what we teach them is that violence is an acceptable way of dealing with anger. Now, here you are probably thinking one or both of two things: 1. “it’s not violence to hit your child; it is discipline.” To this I respond to you, if you hit a person that is considered assault and is a crime punishable by the law; it is a violent act. If it is a crime and a violent act to hit an adult with a fully developed brain capable of making decisions, it cannot possibly be a non-violent act to hit a child that is not yet capable of making wise decisions with their still developing brains.

The next thing you might be thinking is: “well my parents hit me and I grew up poor and I don’t go about killing people” or “I hit my children and they turned out fine, they go to school and they are not killing people”. However, sure enough when your child is not growing up in a hostile environment with an excessive amount of violence around him or her the outcome is very different. But for our little Mikey that just got ‘his ass beat’ by his mother, who was letting out on him her frustrations from work and the latest man she has, it’s a whole different story. Mikey isn’t just learning from his mother and his family. Mikey is learning from the entire community: the couple next door that quarrels loudly and hits each other and the local gang member down the road and his crew, who, when they are ‘disrespected’ settle their ‘beef’ with a gun. So, our little Mikey’s reality is completely different from your precious child in the suburbs and villages. Mikey has learned that violence is a normal part of life and that when you are angry you let your anger out violently.

Now, imagine growing up in a place where violence is okay, where it is normal and it’s how you settle disputes. What will happen to our little Mikey when he goes to school? This is how he will settle his disputes. Aggression is normal for him. Aggression is okay. At school, however, when our little Mikey acts out aggressively he will get in trouble and there’s only so much trouble a school is willing to tolerate. For a moment, let’s consider what’s going on inside Mikey’s brain. We know from research that the brains of children who are raised in violent communities are less likely to be able to concentrate, have lots of problems learning math, english, reading and writing, are poor at making decisions and are wired to be aggressive. Yes, much in the same way you wire a house so the light switch turns on, this child’s brain turns on to aggressive behavior first. These children are usually diagnosed with oppositional defiant disorder and conduct disorder that if not treated can lead to antisocial behavior in adulthood. When we say antisocial behavior in psychology what we mean is criminal activity, violation of other’s rights and failure to abide by the law. We are not referring to the child that has few friends and prefers to hide in his room all day.

Now, let’s look at Mikey’s school aged profile: he has learned that violence is the answer, his brain is wired to react violently and he has a hard time making good decisions so he tends to get into trouble and fights at school. He also probably has poor grades, and is likely failing. He probably has a diagnosis of conduct disorder that nobody has figured out because he hasn’t been tested. The school is tired of Mikey because no matter how much they try they do not feel that he is improving; he gets kicked out of his first school. If Mikey doesn’t get help he will probably keep getting expelled until he drops out of school altogether. The idea that he can’t behave and he always gets into trouble becomes a part of how he sees himself. Eventually, even he believes that he cannot be good. So where is he going to go? Very likely, to the streets or maybe Mikey tries to get a job, but with his poor behavior he will struggle to keep it and will still end up on the streets. And voila! We have the making of a young man at risk for criminal involvement. Now, for many, the above is not how things turn out, but for many others little Mikey’s story is the reality.

So, what do we do as a society? Is there no hope for the little Mikey’s of Belize? Yes, there is a lot of hope in fact, and if we swoop in at age 6 we will rejoice more than if we try at age 16. The family is the foundational unit of society and in our jewel, single motherhood and absent fatherhood is on the rise. It does not have to be this way. We all have the power to change this by teaching our sons and daughters the value of loving yourself, loving others and the value of sexual and intimate commitment to one another. We can help by mentoring children and young persons. We can help by training our human resources in vitally needed specialties like clinical social work and clinical psychology that can diagnose and help the little Mikey’s of Belize. We can help by strengthening poverty alleviation projects and making appropriate decisions about how we manage our resources and governance. But we must start by remembering that the lawless youth that we hear about on the news, who we find it so difficult to mourn, were all once little Mikeys no different from every promising student we loved.
__
The UB President thanks Ms. Rosado for her invited contribution.