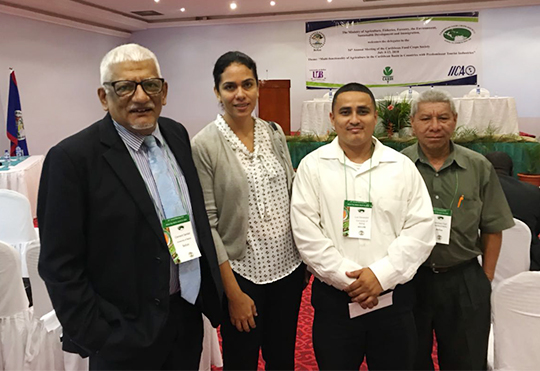 Contribution from Mr. Ricardo Gongora Special Assistant to the President for Inter-Institutional Collaboration within the Office of Institutional Advancement. 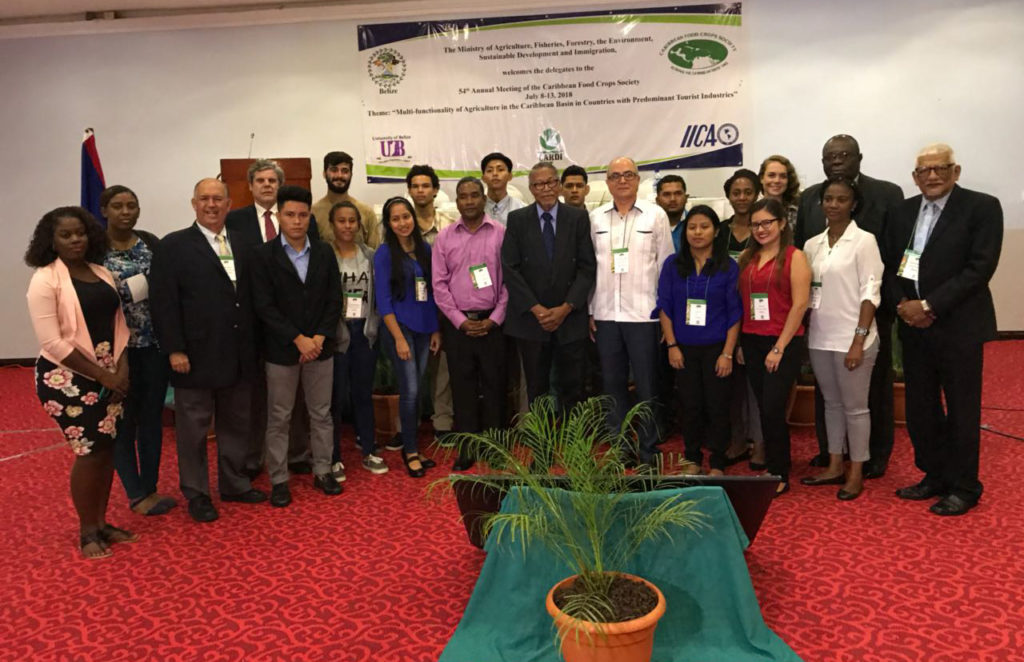 The Caribbean Food Crops Society (CFCS) held its 54th Annual Meeting in Belize at the Ramada Princess Hotel in Belize City during July 8-13, 2018. The meeting was held under the theme “Multi-functionality of Agriculture in the Caribbean Basin in Countries with Predominant Tourist Industries”. The formal inauguration was held on July 9 where key speakers welcomed the participants. Senator Hon. Godwin Hulse, Minister of Agriculture, Forestry, Fisheries, the Environment, Sustainable Development, and Immigration was the speaker to deliver remarks. He was followed by the Director General of the Inter-American Institute for Cooperation on Agriculture (IICA), Dr. Manuel Otero. Director General of the Caribbean Agriculture Research and Development Institute (CARDI), Mr. Barton Clarke; Professor Emeritus Clement Sankat, and Chair of the CFCS Dr. Wilfredo Colón also welcomed everyone, the vast majority being from the Caribbean (English, French, Spanish and Dutch) countries and the Americas.

Professor Sankat commended CFCS for their commitment to be the “one umbrella organization that brings Caribbean researchers/scholars/professionals/practitioners in Agriculture together annually, sharing our knowledge, research and best practices to advance the cause of the Agriculture Sector in the Caribbean.” He also noted that this was the very first time that Belize hosted the CFCS Meeting in its 55-year-old history. The President thanked the Minister of Agriculture Senator Honourable Godwin Hulse and his technical team from the Ministry in hosting this event, with planning taking place in only a few months.

The second day was marked by the President giving an insightful presentation which served as the capstone of the morning session. He spoke concisely on the history of the University’s engagement in agriculture and its current development initiatives in this area. 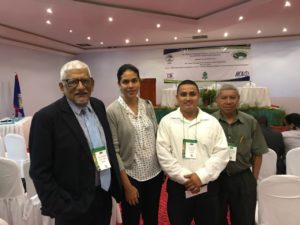 • Programs that promote self-employment, knowledge and skills development for the practice of entrepreneurship and market driven agriculture, meeting the human resource needs of the private sector and a lessened focus on the traditional training for the public service.
• Enhanced rural development and poverty reduction, providing educational opportunities for the at risk youth – flexibility and opportunity
• Placing sustainable development and natural resource management, environmental and climate smart themes into our training
• Learning and interrogating food and agriculture as a system of production and opportunities – from ‘farm to table’.
• Strengthening leadership, knowledge and skills – through communication, farm/agribusiness management, community and industry engagement, project management training together with the development of personal values and attitudes.

The President’s welcome speech is available at https://www.ub.edu.bz/download/presidents-remarks-opening-ceremony-caribbean-food-crops-society/.

On the opening day, courtesy of the CFCS, twenty students of the University of Belize were invited to attend. Students from other Caribbean countries, were also present.
The Central Farm Campus Faculty were also present and had posters displayed. The titles of the posters were:
“Cultivating Success at UB: Preparing 21st Century Students for Market-Driven Entrepreneurial Agriculture | Crop Production” by Francisco Tzul, Zoe Zetina and Jenilee Donis
“Livestock Training at UB” by Luis Hernandez and Trinidad Mendez
“UB Generating Entrepreneurs: Using an Innovative Model to Deliver a Social Good” by Zoe Zetina, Francisco Tzul and Jenilee Donis
“Micropropagation for Production: Quality Banana, Pineapples, & Sugarcane Planting Material in Belize” by Marco Cordova, Kenny Balan, Selvin Vidal and Rene Cerde Jr.

The posters are available at: https://www.ub.edu.bz/download/central-farm-posters-presented-at-caribbean-food-crops-society-meeting/ 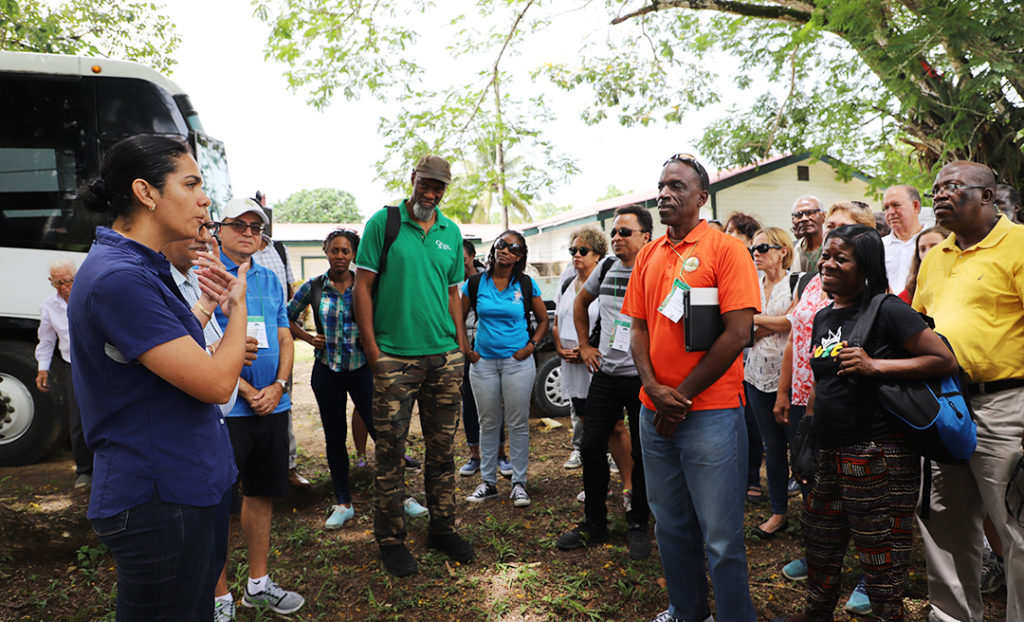 The Central Farm Campus also welcomed the delegation from the Caribbean and the Americas on Friday to the Campus at Cayo, where they learnt of the work UB is doing in agricultural education and toured the farm facilities, which was described as a “living laboratory for agriculture”.

The President wishes to commend the UBCF team lead by Mrs. Zoe Zetina, Mr. Francisco Tzul, Mr. Luis Hernandez, and Mr. Trinidad Mendez for the excellent work they did in mobilising and supporting the CFCS Conference. Also for making the Central Farm Campus welcoming and attractive, and for which UB was given a lot of compliments.

President Sankat was invited to address the Opening of CACHE’s Annual General Assembly on July 10, 2018 at the Ramada Princess Hotel, Belize City. President’s address focused on “Agriculture, and the Undergraduate education offered at UB.” His address is available at https://www.ub.edu.bz/download/presidents-remarks-at-xxi-agm-of-caribbean-council-of-higher-education-in-agriculture/.

At the meeting, CACHE’s Chairman Dr. Wayne Ganpat who is also Dean of the Faculty of Food and Agriculture of The University of West Indies, Trinidad, and the Executive Secretary of CACHE Dr. Cesar Cruz of the Dominican Republic, welcomed the UB and its Central Farm Campus into the CACHE organization. This may allow the UB to attract resources to teach/research through the CACHE network.

CACHE also recognized the group, Nago Bank Cooperative of the Belize District for their contribution to the Agricultural Development in Belize on the recommendation of the UB Central Farm Campus and the Ministry of Agriculture. 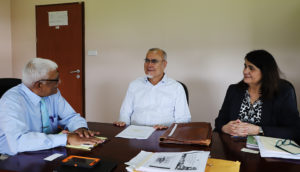 Professor Emeritus Clement Sankat met with the Ambassador Extraordinary and Plenipotentiary of the Federative Republic of Brazil to Belize, H.E. Luciano Helmond Macieira. The focus was on both undergraduate and post graduate scholarships and programs of study in Brazilian Universities. These opportunities were recently circulated and information is available at:

The President also encouraged the Ambasador to get Brazilian students to UB especially for English Language training and education. There was also a desire to support Brazilian cultural activities at the University – music, song, dance etc, for which Brazil is every well known. 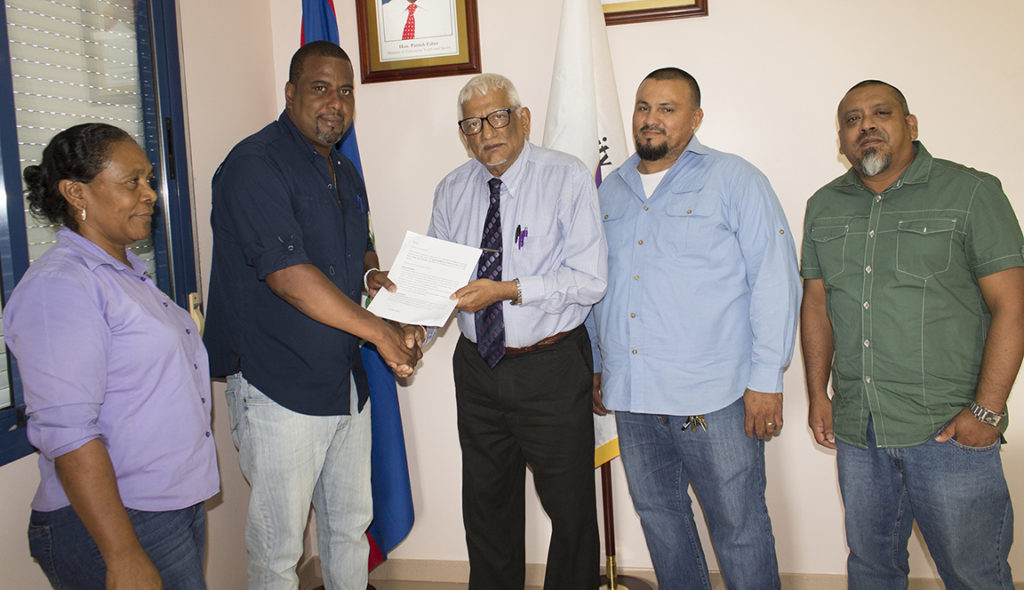 After nearly three years of trying, the project, a tripartite agreement between the Government of Belize, Government of India and the University of Belize (UB), is set to commence at the Belmopan Campus. The President noted that “it has been a steady/unrelenting journey to make this happen since December 2017, and the UB is now poised to erect the buildings to facilitate the Engineering workshop equipment that is being donated by the Government of India. It is expected that the facilities and equipment will be in place by the end of 2018.”

UB Welcomes the Secretary Generals of CSUCA and SICA 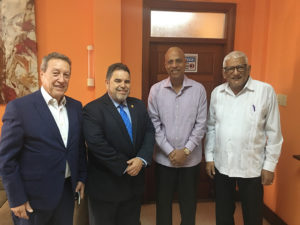 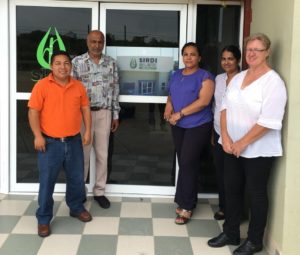 Faculty of Science and Technology lecturers, Dr. Latha Thomas, Dr. Thippichetty Thiagarajan, Dr. Caroline Herron and Ms. Karen Bautista have successfully completed a consultancy with Sugar Industry Research and Development Institute (SIRDI) on ‘Biological Composition and Ecological Assessment of the Northern Sugar-Belt Region’. The consultancy involved assessment of major insect pests and fungal diseases affecting sugarcane in the northern sugar-belt region and was carried out over a period of six (6) months. Some of the Insects and fungal diseases that were identified during the study are new reports to Belize. This initiative paves the way forward for future collaboration between University of Belize and SIRDI to study the pests and diseases of sugarcane.

The President congratulated the team on the work and looks forward to more UB Faculty engaging the private sector, formally through the UB.

The University of Belize Library, Belmopan held another successful Summer Reading Program under the theme “Read to Succeed”. The program’s overall objectives were to help students: build self-esteem, and improve their reading speed, phonics, fluency, spelling, vocabulary, comprehension and attention span. The program was held for two weeks starting July 16th and ended on July 27th, 2018 with a closing ceremony. A total of 42 students successfully completed the program.

The Guest Speaker at the ceremony was Mrs. Zoi Marin who has been a facilitator of the Reading Program for many years. The teachers were recognized for their dedication and taking time from their vacation to help the students. The teachers were Concepciona Theus, Alpha Ramos, Charlene Stevens, Faith Arthus, Zoi Marin, Denisha Marin, Luvia Castillo, Elda Martinez and Albertha Garcia.

President Sankat meets with Students from San Pedro who are in the Education Methodology Summer Course at FEA, Belize City 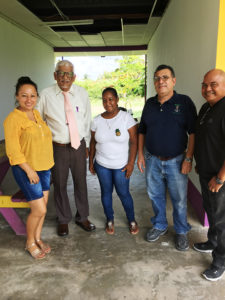 Professor Sankat made a spot visit on Friday, July 27, 2018 to the Faculty of Education and Arts Campus, Belize City to inspect the Campus for its readiness for the new Academic Year 2018/2019. Much is required there in terms of the maintenance of the grounds and parking lots. The Director of Physical Facilities has been informed on this and is taking the necessary actions.

UB President meets with Representatives of the University of South Florida, USA 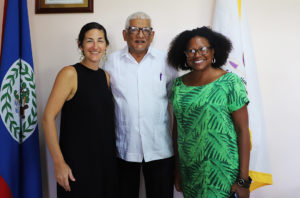 President Sankat met with representatives of the University of South Florida (USF), led by Dr. Maya Trotz, Professor in the Department of Civil and Environmental Engineering. The UB and the USF are interested in signing a collaborative agreement that will focus on faculty/student exchange, training and research in the environmental area.

Professor Emeritus Clement Sankat congratulates The University of West Indies (UWI) on its 70th Anniversary and its recent ranking in the Times Higher Education (THE) list of top universities in Latin Caribbean and the Caribbean – it placed 37th out of 139 Universities rated.

The President, an UWI alumnus of St. Augustine, applauds the regional UWI on its contribution to Human Development and Research in the English Speaking Caribbean, including Belize and wished it more success in the years ahead. He also noted that while the UB is still a young institution, it must nevertheless set its sights to also being regionally ranked.

Chairman of the Board of Trustees, Mr. Harrison Pilgrim, is currently participating in the 70th Anniversary celebrations. He himself is a distinguished two-time alumnus of The UWI (Mona and Cavehill).

For more information on this story kindly visit: https://www.breakingbelizenews.com/2018/07/20/university-of-the-west-indies-best-in-the-caribbean/