Message from the President

The President is pleased to be back after a very challenging period in the circumstances of his family and appreciates the prayers of many, both in and outside of the University.

There was a hiatus in this publication but he is also pleased also that this is now back on track. 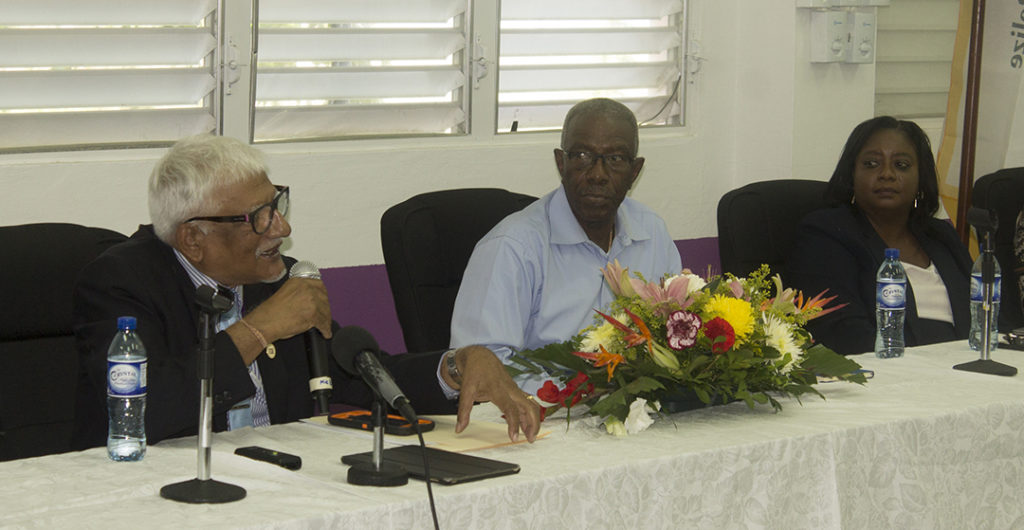 On November 1st, 2018, President Sankat held a press conference to present the University’s 2016-2017 Annual Report to the media, which outlined key information about the University’s activities, achievements, statistics, operations and financial performance including audited financial statements for 2016-2017. He also took the opportunity to acknowledge former UB President Mr. Alan Slusher for his tenure as UB President. The President, in addressing the gathering, said that the academic year 2016-2017 had set the stage for transition leading to transformation, which was evident in the new programs it subsequently implemented and the actions it took and is taking to make the University more efficient and productive operationally and bridging the financial gap.

The Chief Executive Officer in the Ministry of Education, Culture, Youth and Sports, Ms. Deborah Domingo was also present and she assured the University of the continued support from the Ministry and extended her congratulations to the University for being accountable and compliant, through its financial report.

Chairman of the UB Board of Trustees, Mr. Harrison Pilgrim, also commended the University of Belize for the transformative path it has taken in meeting the developmental needs of Belize and urged all of Belize to support the efforts of the UB towards creative change.

President Sankat was accompanied by the Senior Management, Deans and Directors of the University. 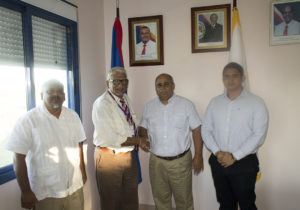 Professor Emeritus Clement Sankat accompanied by the University’s Business Development Officers, Mr. Arnulfo Kantun and Mr. Ricardo Gongora, received Dr. George Gough, President of the Belize Medical Council (BMC) on October 24, 2018. This meeting was to discuss the University’s efforts towards establishing a program of Medicine in an expanded Faculty of Health Sciences. This exploratory meeting looked at the different routes and curriculum standards for accreditation for the proposed Medial Science Program and for ways in which BMC can support UB in this initiative. The meeting concluded with the proposal for a technical working group of external partners that would work together with UB, towards the development and execution of the Medical program.

15 Students Win Macaroni Competition and Will Represent UB in Mexico

Eight teams participated in the competition which challenges student teams to design framed structures given limitations in time, size and type of materials (macaroni, wooden dowels, glue, drinking straws, plastic bottles) and built to specifications. These models are rated according to efficiency in loading and best design.

The Engineering Department would like to thank the University of Belize, the Office of the President, Director of Student Affairs, Dean, Faculty of Science & Technology, the Belize City Student Government, Engineering Department Competition Coordinator Mr. Lloyd Carrillo, faculty, staff and students of the Engineering Department. Special commendations are also in order for our “Gold” sponsor Atlantic Bank Limited as well as Maria Chang & Sons Limited and Fultec Systems Ltd. for lending support to this initiative.

This year the top three teams will be representing the University of Belize at the “XX Concurso De Diseno Y Construccion De Modelos Estructurales, VII Su Fase Internacional”, hosted by the Instituto Tecnologico De Chetumal (ITCH) in Quintana Roo Mexico from 14th -16th November 2018. The President of UB, himself an Engineer congratulates the winning student teams and their Academic Advisors/Staff, and wishes them well in the competition in Quintana Roo, Mexico.

The University of Belize Environmental Research Institute (UB ERI) hosted its Open Day and Partner Recognition Ceremony on Thursday, October 25, 2018 at the George Price Centre for Peace and Development, Belmopan.

Representatives individuals from the public and private sectors as well as from the NGO community attended the event, which marked the Institute’s first open day and its second partner recognition ceremony. Special invited guests included Dr. Percival Cho, the Chief Executive Officer in the Ministry of Agriculture, Fisheries, Forestry, the Environment, Sustainable Development, and Immigration and Chair of the UB Board of Trustees, Mr. Harrison Pilgrim.

The welcome remarks were delivered by UB President, Professor Clement Sankat, who applauded the UB ERI for hosting this event, stressed the need for financial sustainability and partnerships for the continuity of Institute’s work and encouraged the Institute to make its impacting work more visible to the general public.

As well, Dr. Ricketts delivered a presentation on UB ERI’s strategic direction over the next 5 years. This strategic direction is focused on achieving financial sustainability with the continued support of partners, developing and delivering graduate programs to increase research output, and fostering public-private partnerships for research in the agriculture and tourism sectors.

The event culminated with closing remarks from UB’s Vice President, Dr. Simon, and the open day, which featured exhibits of the Institute’s work. A display of over 20 UB ERI past volunteers, interns and student assistants and the impact the institute has had on them both personally and professionally also formed part of the exhibits.

PlayFutures/ Lego Foundation and the University of Belize

PlayFutures is “a unique community that advances Learning through Play and elevates the importance of the topic within family communities, education systems and policy agendas around the world.” https://www.playfutures.net/

The University of Belize and PlayFutures (Lego Foundation) hosted a webinar entitled, Green Blue Innovations and Initiatives: Where Play and Learning are Natural. This was held on Wednesday, 17th October 2018. Dr. Priscilla Brown Lopez Assistant Professor and Mrs. Monica Neal, from the Early Childhood Stimulation Center, were speakers representing the University of Belize.

The purpose of the webinar was to share the value of play and learning through natural settings, as well as to demonstrate the Green/Blue capacity building with the University of Belize Early Childhood faculty and teachers in training. 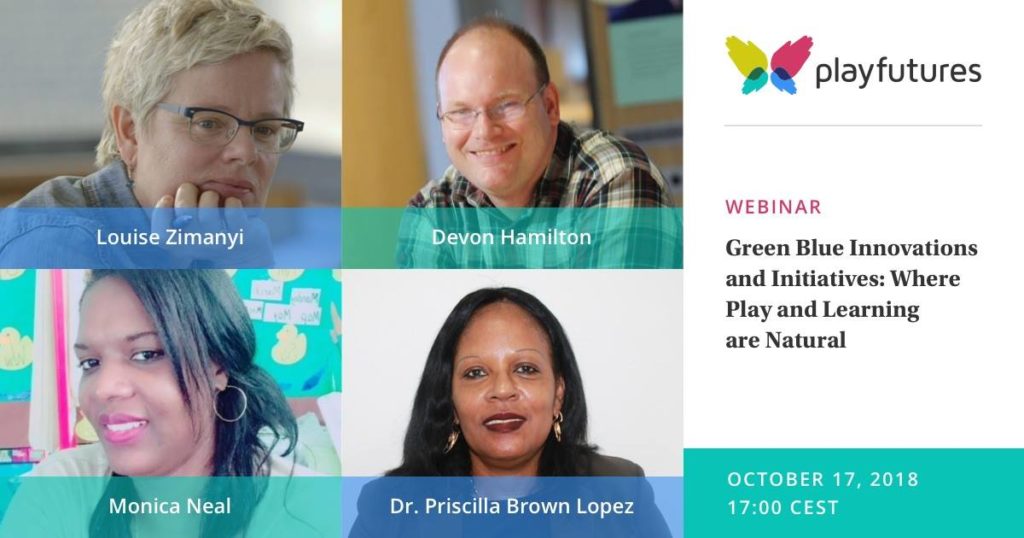 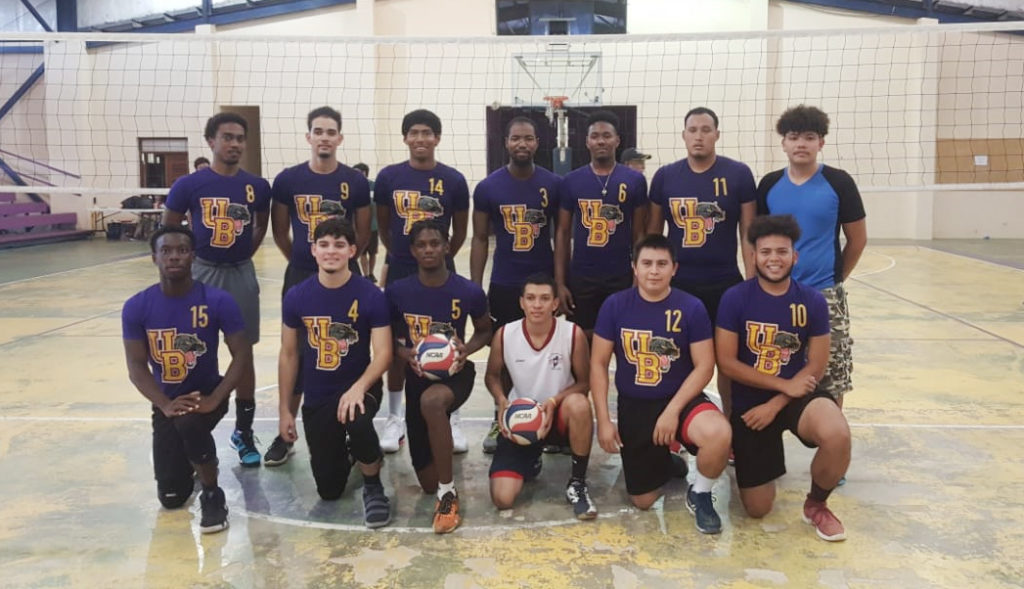 The University of Belize (UB) hosted its final home game in the ATLIB Western Regional Finals on October 19th and 20th, 2018, where the two teams emerged as the Western Regional Champions. On the 19th, UB’s Lady Black Jaguars triumphed against Galen University in 2 sets – 25-20 and 25-16. While on the 20th, the Black Jaguars played their final two games, where they easily defeated Pope John Paul II Junior College 25-11 and 25-12 and the Eagles of Galen, 25-15 and 25-12.

This allowed out Jaguars to advance to the ATLIB championship games, which was held on October 27th, 2018. UB’s Lady Black Jaguars easily defeated the Centro Escolar Mexico Junior College (CEMJC) Stallions 25-8 and 25-12 to advance against their national rival the Wildcats of Saint John’s College Junior College (SJCJC) in the finals. A valiant effort by the Lady Black Jaguars fell short in the end losing in straight sets 25-16 and 25-19. UB had to settle for second place for a second consecutive year.

While the Black Jaguars defeated the Independence Junior College (IJC) Predators 25-8 and 25-6 in the first game to face the Wildcats in the finals. This match has become the main highlight of the nationals for the past 4 years. This year was no different as the Black Jaguars were a player short but still defeated the Wildcats of SJCJC in a tough match of 25-21 and 25-22 to extend their national winning streak to 10 years, while losing only 1 set in all play over the past 4 years.

The President salutes both the men’s and women’s Volleyball teams for their winning campaigns, first and second place winners, that has brought credit and reputation to the University of Belize. These teams continue to have our support.

On Thursday, October 25th, 2018, UB conducted a fire drill at its Belmopan Campus for the Kinkajou, Iguana and Scarlet Macaw building as well as the Faculty of Education and Arts building. The specific goal of the drill was to prepare students on how a building should be evacuated in the event of an emergency. Also, it was to evaluate the evacuation time to ensure that is fast enough and to identify any problems with the University’s emergency systems and evacuation procedures.

The drill included the active participation of the Belmopan’s Fire Department, Police Department, Police K9, NEMO, the Belmopan Emergency Response Service and members of the UB’s staff as well as the Office of Public Safety, whose responsibility it is to ensure that fire evacuation drills are carried out. Mr. John Salam, Acting Chief Public Safety Officer, and his officers were congratulated by the President for their diligent work.

Dr. Arlenie Continues to Publish in Research Journals on Her Work on Sea Cucumbers 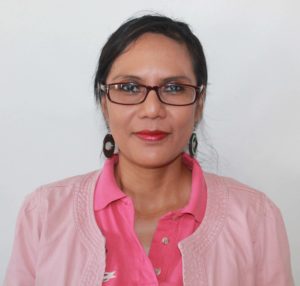 On October 26, 2018 Dr. Arlenie Roger, Marine Fellow at the UB Environmental Research Institute, received the news that a research paper that she co-authored was published in Check List The Journal of biodiversity data. The paper is entitled “Eulimids (Gastropoda, Eulimidae) on the Sea Cucumber Holothuria mexicana (Ludwig, 1875) (Holothuroidea, Holothuriidae) in Belize”. Below is the abstract for her paper.

Abstract
This study presents new records for 4 eulimid species (Gastropoda, Eulimidae) including Melanella eburnea (Megerle von Mühlfeld, 1824), Melanella hypsela (Verrill & Bush, 1900), Melanella sp., and Eulimostraca encalada Espinosa, Ortea & Magaña, 2006 found on the body wall of the sea cucumber Holothuria mexicana in Belize. Three of these records (M. hypsela, M. eburnea, and E. encalada) represent a first for the Western Caribbean ecoregion and close a distributional gap for these species in the Caribbean. The geographic distribution of M. eburnea is thereby expanded by ~800 km; M. hypsela by ~1,200 km and E. encalada by ~970 km in the Tropical Northwestern Atlantic province. This article presents for the first time H. mexicana as a new host record for E. encalada. 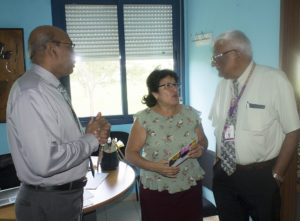 Professor Emeritus Clement Sankat and Dr. Mariot Simon met with Dr. Emilia Hodge, Co-Chair of the Consortium for Belize Educational Cooperation (COBEC) through her courtesy call on November 6, 2018. President Sankat took the opportunity to present to her the Transformational Plan Vision 2022 Booklet to Dr. Hodge, and assured her of UB’s support for the Winter Conference.

Presentation of Two Computers to UB 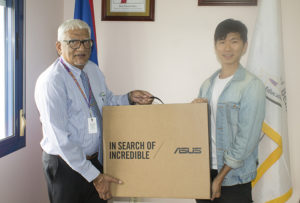 On, October 23, 2018, the President together with Mr. Francis Burns, Director of Physical Plant, Projects and Facilities, took a tour of the many physical works being undertaken at the Belmopan Campus, so as to enhance the environment for our Students, Faculty and Staff. 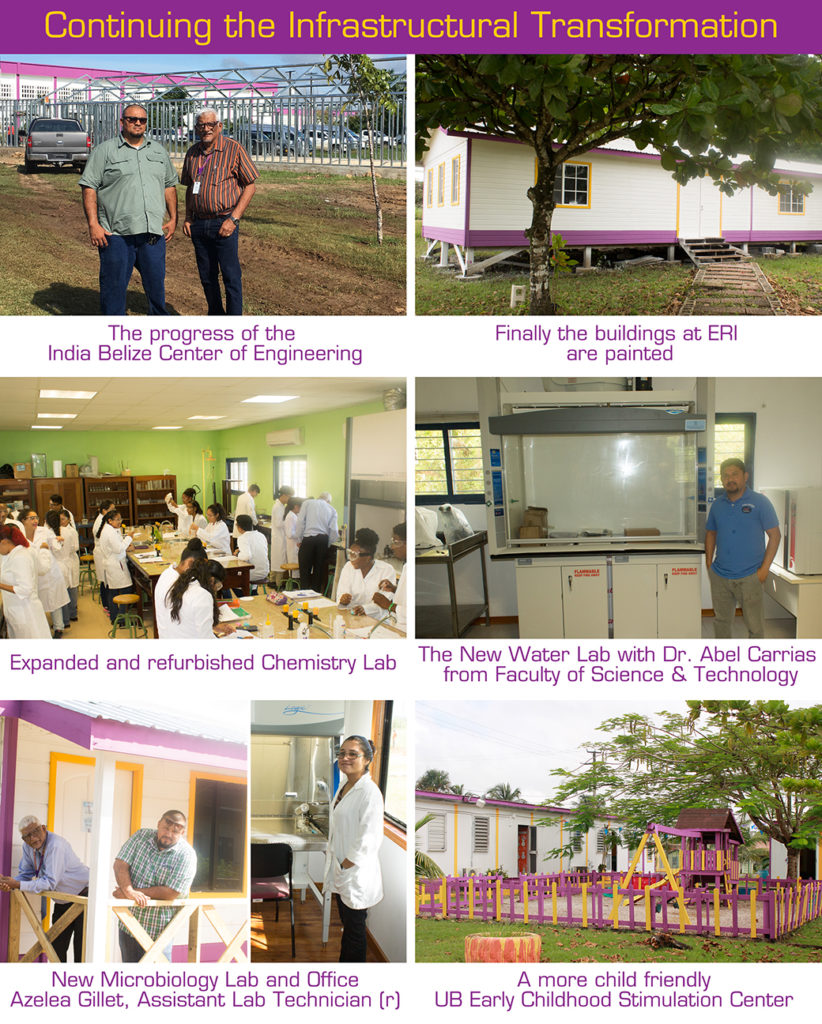