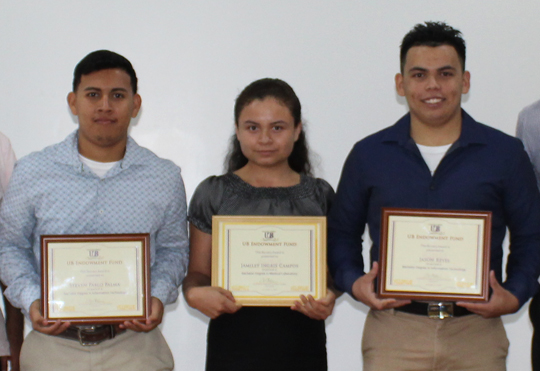 In 2017, the University of Belize (UB) established its Endowment Fund (UBDEF), which provides the private sector, UB’s partners and the general public with an avenue to contribute to the development of the nation. This fund allows UB to improve its services, infrastructure and in particular, to provide financial assistance to its students with the aim to access a UB education.

With the establishment of this fund, the University launched its Annual President’s Fete, where all the proceeds raised is used for student bursaries. The First President’s Fete held in September 2017 provided financial support to five (5) students in the 2018-2019 academic year. Students are selected based on financial need and academic excellence. The bursary is tenable for one academic year and covers University tuition.

And this year, the proceeds from last year’s Second Annual President’s Fete has provided four (4) students at the Bachelor level with the opportunity to complete their studies at the University this year!

Professor Emeritus Clement Sankat, on behalf of the Board of Trustees, the Faculty, Staff and Students of the University of Belize, would like to congratulates each student on being awarded with the second installment of the Endowment Fund Bursary. The University wishes you continued success throughout your University career and professional journey.

The Third Annual President’s Fete featuring renowned singer Rossy War of Peru, backed up by Gilharry 7 and Super Furia Bands, will occur on the 26th of October, 2019 at the Muffles High School Auditorium in Orange Walk at 9:00 p.m.. 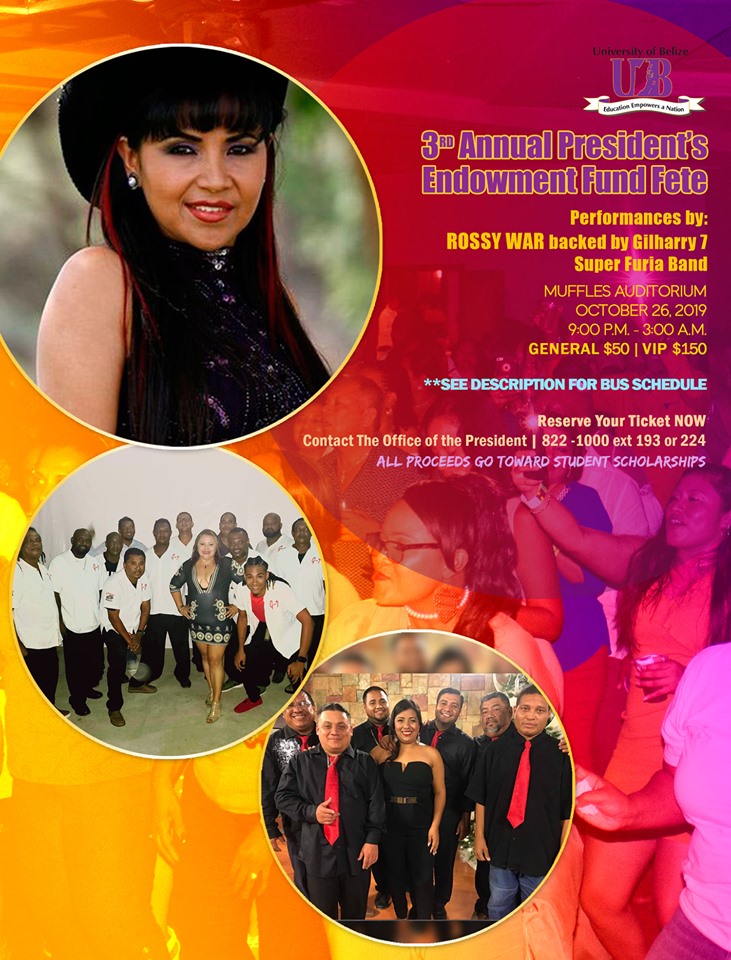 If you are interested in contributing to the UBDEF, arrangements can be made by contacting the Office of the President at 822-1000, ext 193.

The President, Faculty and Staff of the University of Belize and the four (4) recipients of the UBDEF Bursary would like to thank all those who contributed to the fete through sponsorship and purchasing tickets, which was held on September 1st, 2018, from which all proceeds from the Fete were used to fund these four bursaries.