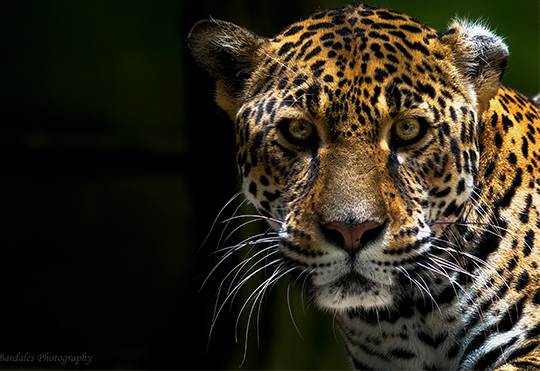 Official legal protection of Belize’s Maya Forest Corridor is expected in the near future as the government and conservation partners work with key stakeholders, including communities and the private sector, to secure the corridor’s future.

Dr. Omar Figueroa, Belize Minister of State within the Ministry of Agriculture, Fisheries, Forestry, the Environment, Sustainable Development and Immigration, stated, “We recognize that the window of opportunity for us to secure connectivity in the Maya Forest Corridor is closing fast. A team of local and international conservation biologists and professionals recognize the importance of this, and shoulder-to-shoulder are providing valuable support to secure the integrity of this area.”

Figueroa continued, “One thing that has identified us as a country, as a people, is a desire to maintain and to protect the natural beauty of this country. The government, and my ministry in particular, stands committed to enshrine in legislation whatever we need to do to maintain the integrity of the Maya Forest Corridor well into the foreseeable future.”

The Maya Forest Corridor, which is in central Belize, serves as a gateway connecting and ensuring the survival of many wildlife species. As highlighted in the recent United Nations global biodiversity report, wild habitat and its protection, including that of the Maya Forest Corridor, is crucial for the well-being of people, providing sustainable livelihoods and ecosystem services, including clean air and water security, healthy soil for agriculture, and drought and flood control for local communities.

Yet, without protection, the Maya Forest Corridor is critically imperiled, having already been reduced by more than 65 percent over the past decade due largely to deforestation for large-scale agricultural developments, including sugarcane. Since 2011, the Maya Forest Corridor has faced deforestation rates almost four times the national average, and major clearings in the last few months indicate that without action like that announced this week, Central America’s largest forest block will be severed from its nearest forest block to the south, the Maya Mountain Massif.

Professor Emeritus Clement Sankat, the University of Belize’s President, stated, “With a shrinking environment for Belize’s wildlife, I applaud this initiative by the Government of Belize for giving our diverse and native wildlife, our environment and our people an opportunity to thrive. This is a significant and vital step in Belize’s development for generations to come.” He went on to note, “I particularly want to applaud the University’s Environmental Research Institute, who has been at the forefront of educating, researching and promoting sustainable use, management and protection of Belize’s environment and natural resources.”

Cut down to a mere 5-6 mile stretch, the corridor is one of the last remaining squeeze points for jaguars to enter the Selva Maya to the north and to move south to the rest of Central and South America. It is also the only area connecting Belize’s two Jaguar Conservation Units: The Maya Mountain Massif in Southwest Belize and the rest of the Selva Maya to the north, which extends into Mexico and Guatemala. Losing the genetic connectivity of the Maya Forest Corridor would be a step toward extinction for the jaguar and many other terrestrial wildlife species with cultural significance in Belize.

The wetlands of the Maya Forest Corridor also have an important role to play as a climate change refuge and flood retention zone. Unlike some Central American countries that have opened their doors to drastic deforestation, by securing this corridor, Belize is maintaining climate resilience for its people and animal species and securing a position as a climate leader in the region.

On the tailwinds of the government’s declaration, this coalition of non-governmental partners is committed to the protection of the Maya Forest Corridor and is continuing to secure resources needed to protect the critical 10,000 hectares of corridor in perpetuity.

Elma Kay, science director and co-founder of the University of Belize Environmental Research Institute, stated, “There’s never been a threat so imminent to an area that is so elemental to the long-term persistence and health of generations of wildlife and people in Belize and the Selva Maya. Protecting the Maya Forest Corridor is urgent but still within reach if we work together, and the government has taken the important first step to do so this week.”