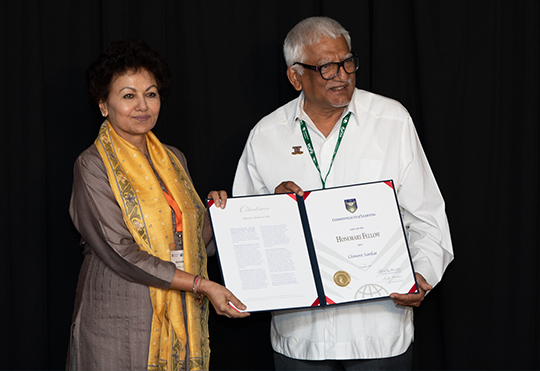 COL, an intergovernmental organization created by Commonwealth Heads of Government to promote the development and sharing of open learning and distance education knowledge, resources and technologies within Commonwealth countries, designates its Honorary Fellows by their outstanding contributions to education in areas such as: leadership and service, published work, mentorship, innovation, improving access to quality education and promoting learning for sustainable development.

Professor Emeritus Sankat, who has served the Caribbean for the past forty-one (41) years – beginning as a full time academic, Principal and Pro-Vice Chancellor at the University of the West Indies, St. Augustine, Trinidad and currently is the President of Belize’s National University, the University of Belize – was awarded this distinction based on his long and distinguished service to the advancement of quality higher education in the Commonwealth, particularly for his contributions in the area of agro-innovation and agribusiness within the Caribbean, administrative leadership and for his ability to increase student access to higher education, as in the citation given by COL attached.

The Board of Trustees, the Senior Management Team and the Students, Faculty and Staff of the University of Belize congratulate Professor Sankat on this remarkable achievement and for his commitment to education and the pursuit of innovation driven by applied research, for the social and economic transformation of the Caribbean. 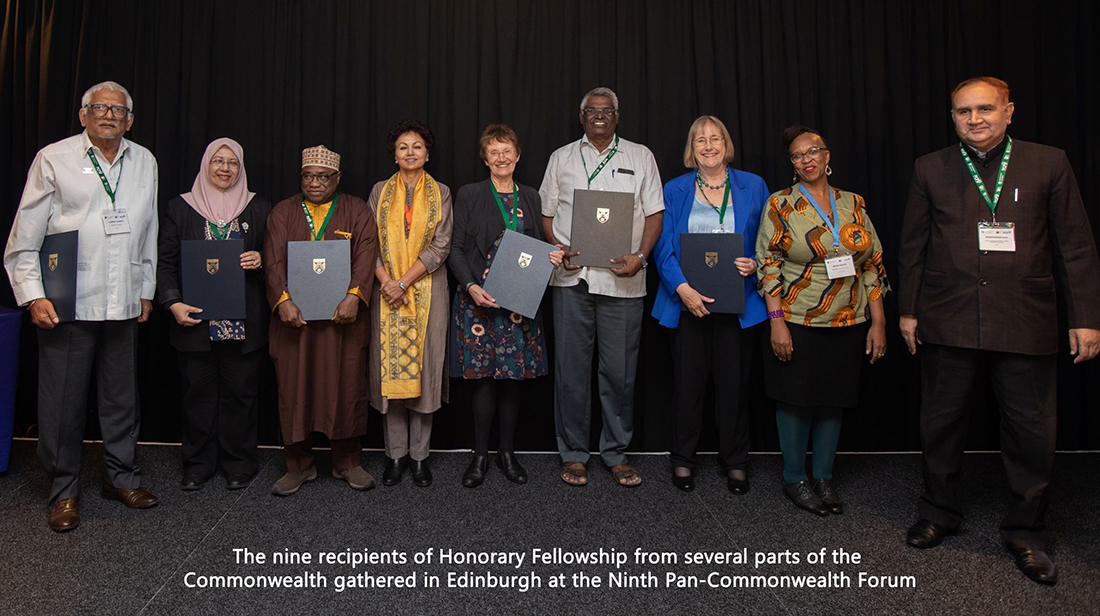