In 2004, the main campus was officially moved to Belmopan City. UB now offers programs from its main campus in Belmopan, and from three other locations: Belize City campus, Central Farm campus, and from its southern campus in Punta Gorda. UB also owns and manages two marine field stations at Calabash and Hunting Caye.

“The University of Belize is a national, autonomous and multi-location institution committed to excellence in higher education, research and service for national development.

As a catalyst of change it provides relevant, affordable and accessible educational and training programs that address national needs based on principles of academic freedom, equity, transparency, merit and accountability.”

In the next five years the University of Belize is dedicated to fostering Belize’s development by producing graduates who are socially and ecologically responsible, analytical, self-confident, disciplined, ethical, entrepreneurial, and skilled communicators and who are committed to using these skills and values for Belize’s enrichment. 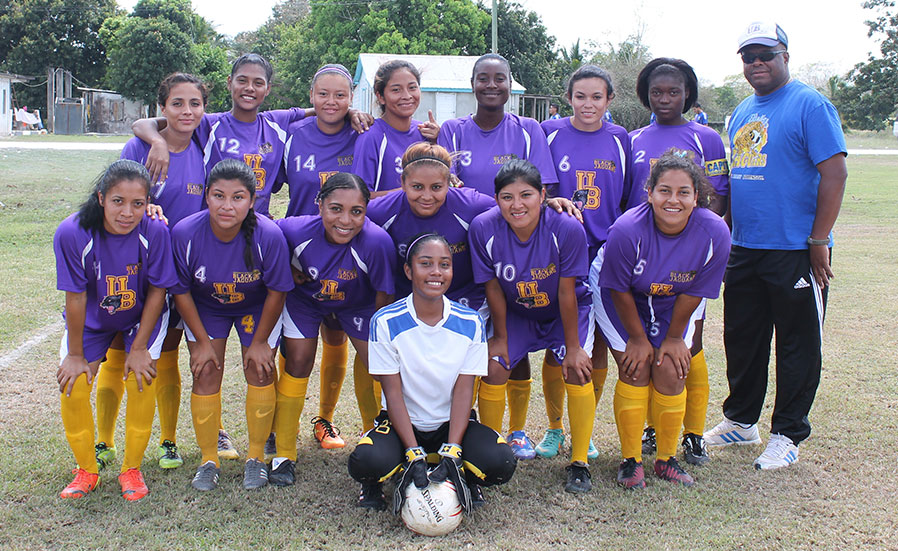 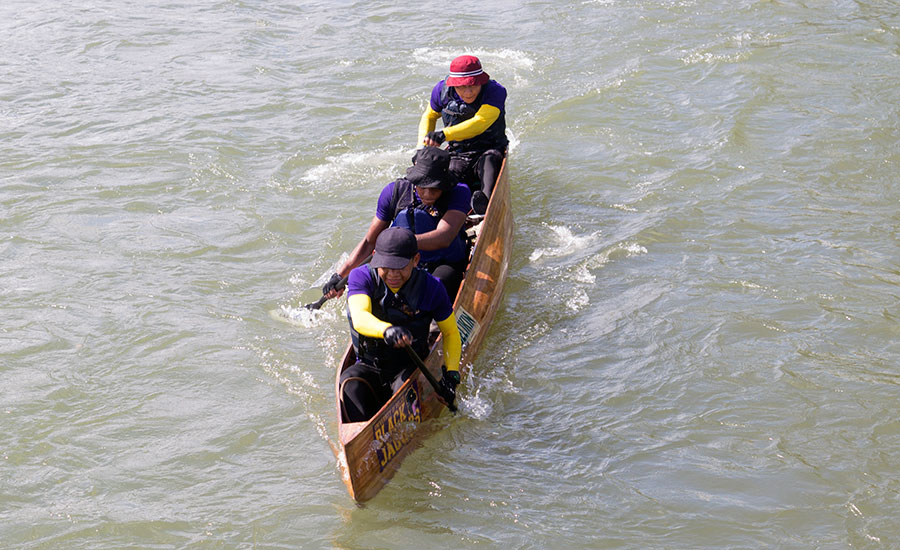 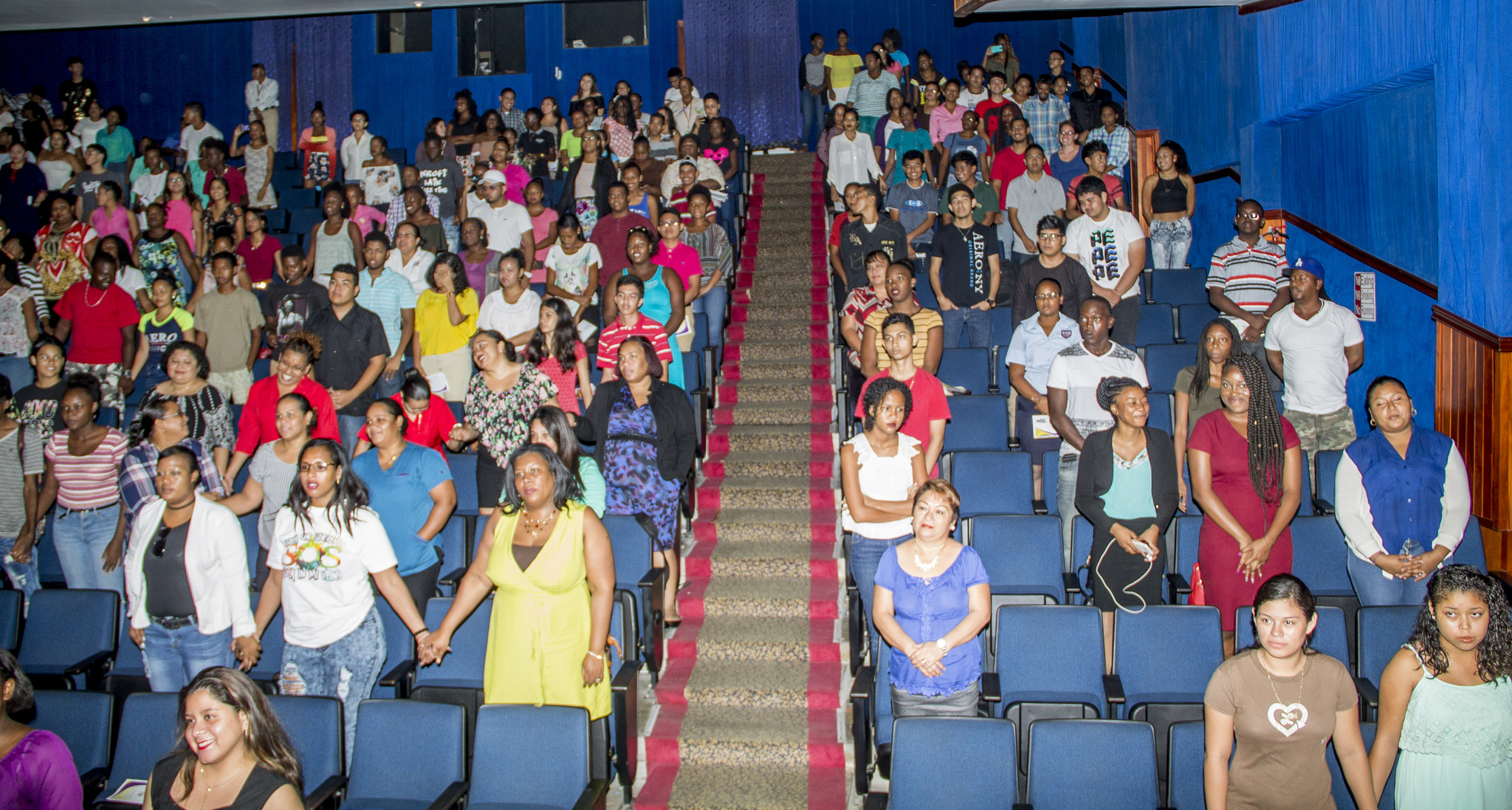 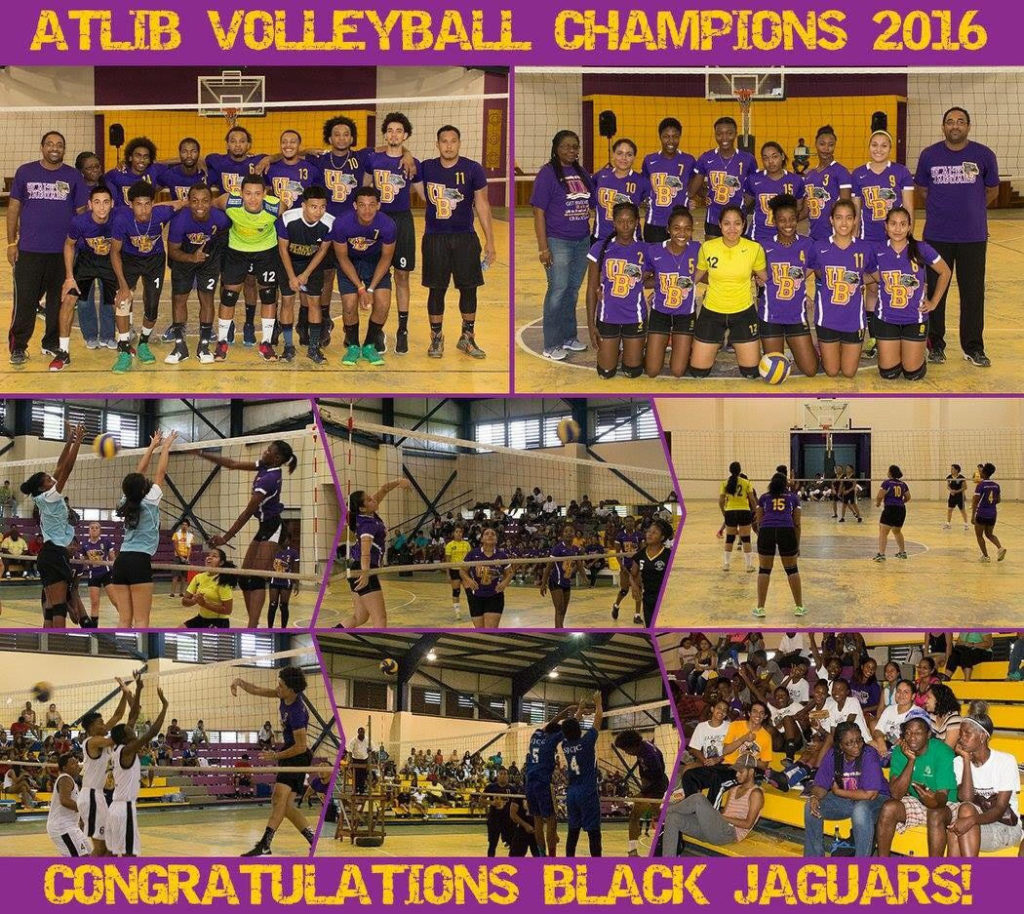 The Black Jaguars are the athletic teams representing the University of Belize. The Black Jaguars make up our Varsity teams and compete both locally and regionally. The first Black Jaguars Team was formed in 2006 as a male basketball team. Currently UB has both male and female teams in the following disciplines: basketball, volleyball, and football. We have been successful over the years winning national and regional championships. 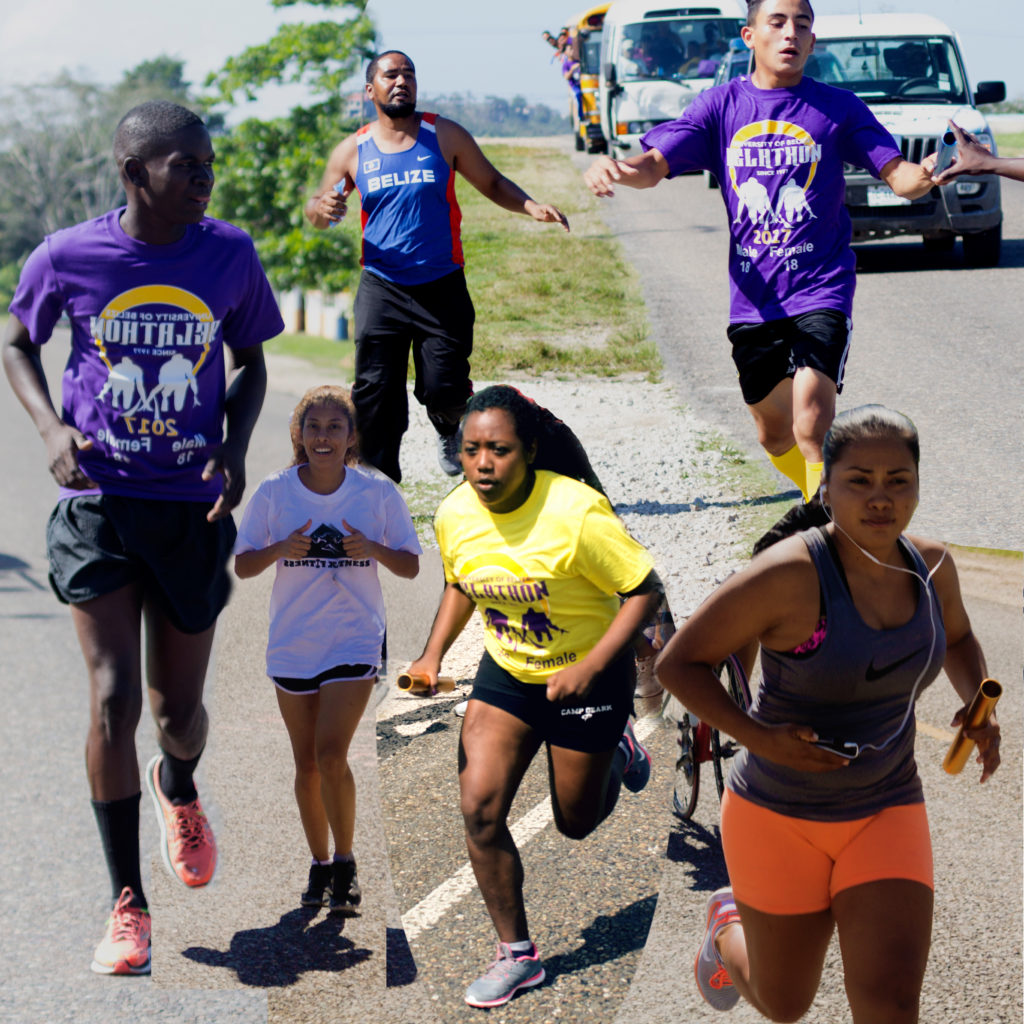 In 1977, Belize Technical College (BTC) student Dudley Marshall—athlete and member of the student union—was working on a novel idea to use as a fundraiser. Being an astute student, he was constantly looking for practical ways to use new educational theories and prove that education is always relevant and practical. He spent countless hours brainstorming, eager to maximize the impact of his latest initiative while garnering support from all corners of life at BTC. After his exposure to math—calculus—in a recent class, he finally settled on a simple, practical way to utilize his mathematical skills and prove a theory through a tangible application. He designed a race between males and females to demonstrate that if they were traveling at different speeds across different distances they would intersect at some point. He postulated that if male runners left from San Ignacio, Cayo and took an average of 5 to 7 minutes to run a mile and female runners started from Belmopan, Cayo and took an average of 7 to 9 minutes per mile, the boys would be able to overtake the girls at approximately Mile 2 on the Western Highway (now George Price Highway). Of course the average speed—based on the strength and conditioning of the runners from both teams—was the variable that would determine the winner of the race.

It was such a good idea that talk of testing it gained momentum among the students over the next couple of months. Additionally, they all wondered how successful it could be as a fund-raiser for a much needed basketball court on the BTC campus. In an effort to continue building momentum and support for his idea, Marshall decided to approach lecturer Vernon Card who worked with the Student Government and was also in charge of sports. Card was struck by this original idea and started to lobby to make it become a reality and, better yet, an annual event since fundraising was an on-going challenge. One of Card’s first decisions was to gain permission for Marshall to make a presentation to the institution’s sports committee, Principal Clive Gillett and a few others. Marshall did and the lecturers were so impressed that they not only decided to support the test run but also specified that it be an annual fund-raiser instead of regular fads such as work-a-thons and walk-a-thons. Finally, in 1978, the idea took flight and Card coined the name Relathon – a portmanteau/combination based on relay and marathon. It was such a hit that it built the relationship between the students and the staff and a healthy battle of the sexes for the 9th of March holiday. Students and teachers decorated cars, businesses were approached for sponsorship, students were given individual sponsor sheets and a mock Relathon was held through city streets to sensitize the public about the event. Students approached family and friends to support them per mile. Coca-Cola, through Hilly Martinez, supported the idea by providing transportation for both teams.  It captured the attention of people all over the country and support was found at all levels of society and before long the race-day came.

To ensure that the playing field was level, some very basic rules were established. Since it was a relay and marathon—both teams would field a runner per mile from the start to finish. However, to not make the pace become too slow, the boys were allowed one exchange within any mile, while the girls were allowed 2 exchanges within any mile.  Nevertheless, both teams were allowed only 10 changes along the entire route. To start the day, the runners all met at the BTC compound and the boys left at 6 a.m. for San Ignacio while girls took off at 6:30 a.m. for Belmopan. Then calls via the Police Stations were made—since there were no cell phones yet—and the watches were synchronized for the 9 a.m. start.

Marshall linked with Belize Telecommunication Authorities (BTA)—the precursor to BTL—and from each village along the route provided an update that was broadcasted over Radio Belize—the national and only radio station at the time and like all great dramas while radio audiences were locked into the coverage, the BTA connection was lost about half-way along the route. Radio listeners were left in the lurch asking, “What happened?” Did the boys catch the girls at mile 2 as Marshall had hypothesized? It was a dual drama and the break in transmission heightened the suspense. While the play by play was lost, the results would have to suffice. What happened? Well someone in Barbados who caught it on Ham Radio decided to listen and provide the information to Radio Belize. And lo and behold the boys did catch and pass the girls at mile 2. And thus began the Relathon tradition.

While it has not been held every year, to date the boys have 18 wins while the girls have prevailed 19 times. Initially, the rules were very simple but over time they became a bit more defined and preparations begin as early as January especially for the females. Last year, it was proposed that the Relathon be held perpetually in honour of Steve Wright—one of the first students who participated and later joined the staff of BTC—who succumbed to cancer in August, 2011. The proposal was upheld by the UB Ad-Hoc Relathon Committee. In 2013, a new tradition was established with the addition of the “Dudley Marshall Cup” named by the committee in his honour and for his generous donation in October of 2012 which now serves to recognize the top finishers and the winning team.

The Relathon is a transplanted tradition that now falls under the University of Belize(UB) banner after the  merger (August 1, 2000) of five institutions: the University College of Belize (UCB), the Belize Technical College (BTC), the Belize Teachers’ Training College (BTTC)  , the Belize School of Nursing (BSN), and the Belize College of Agriculture (BCA).  The spirit of the pre-existing institutions live on in UB and the institution continues to build on their legacies.  Therefore, UB values, celebrates and takes pride in its rich and diverse history. 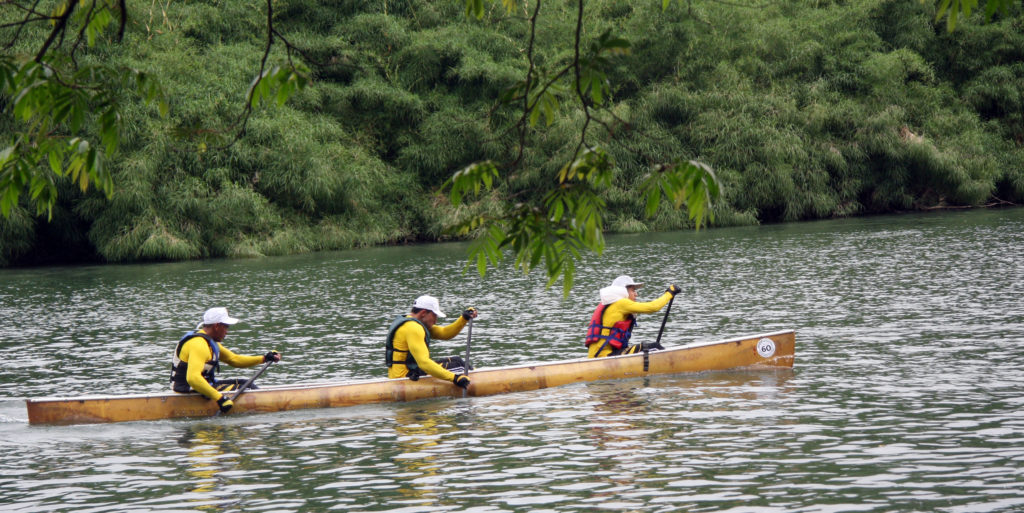 Our participation in the La Ruta Maya river challenge began in one of the five institutions that became the University of Belize (UB) – the University College of Belize (UCB) with male and co-ed teams.  This tradition has continued with UB. From 2000 to 2002, the team paddled in the environmental category since there was no intramural category.  In 2003 the Canoe Association of Belize introduced the intramural category which was designed specifically for student athletes.

The UB Black Jaguars won this category from 2005 until 2008. Indeed, in 2008 UB fielded two male teams: one from the Belmopan Campus and one from the Punta Gorda Campus. They placed first and second respectively. Female teams and co-ed teams have also participated over the years. Since 2000, there has always been a Black Jaguars team in the La Ruta Maya river challenge.

The teams have also participated in a few small races namely: Upstream Manatee Lookout to Burrell Boom, Tacos Race in Orange walk, and Burrell Boom to Belize City which is one of the races won numerous times by both male and female teams. 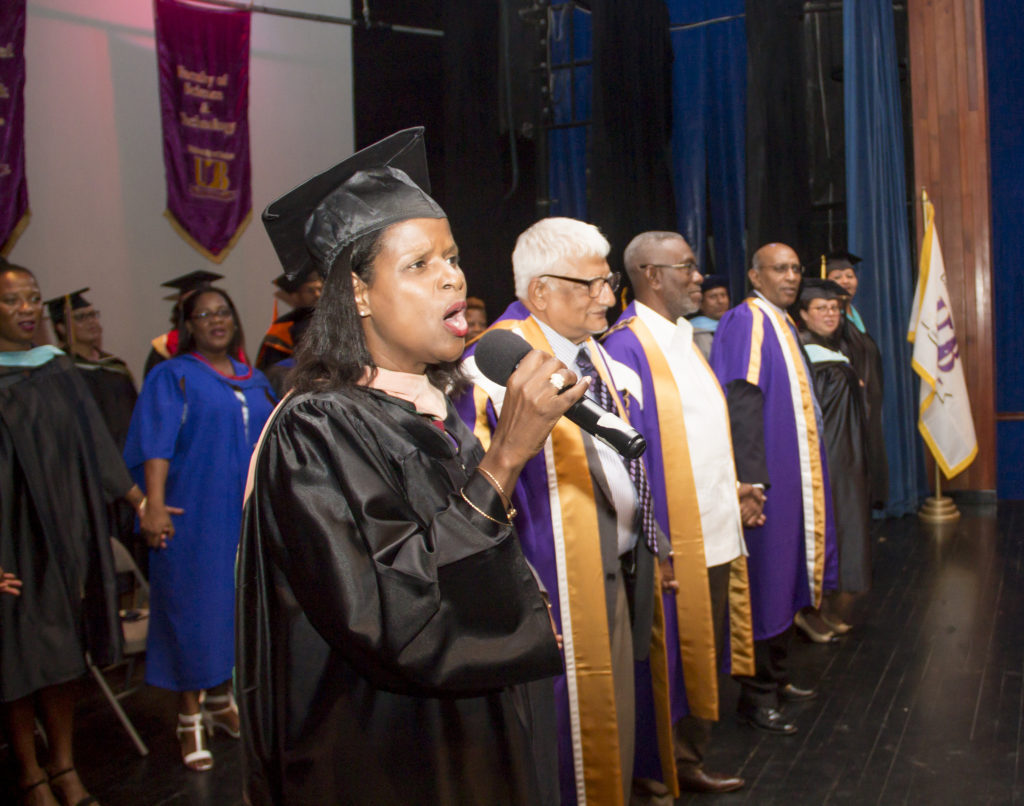 The UB SONG was written and composed by Sir Colville Young, Belize’s Governor General. He also served as President of the University College of Belize, one of the five amalgamated institutions that became UB. Sir Colville Young is also one of Belize’s foremost composers. The UB Song was written in 1997, both the words and the musical composition, and was performed for the first time at UB’s June 2009 Graduation Ceremony by the UB Choir. The UB Song has now become one of UB’s traditions and is sung at all graduation ceremonies and formal UB events.

For your prize of knowledge
Our hearts were ever yearning,
Till sleepless nights of study
Were well repaid with learning.

Pyramid and temple
Once soared like man-made mountain,
And in this land the people
Drank deep of wisdom’s fountain

Now we can recover
The ancient pride and glory,
And our Belize’s future
Shall tell the UB story.

Beginning university is a major occurrence in lives of students coming to the University of Belize (UB). Indeed it is important for each major event in an individual’s life or such a rite of passage to be celebrated and accentuated. This is what UB’s matriculation ceremony does: welcoming students, celebrating a major accomplishment in their lives, and introducing students to the University’s leadership, values and expectations. The most important outcome of the matriculation ceremony is that students formally become members of the University’s community. This year, the matriculation ceremony is most important as it is the first and therefore the beginning of the establishment of a tradition that will persist over time as a standing tradition as has occurred in other esteemed universities. The tradition starts with ceremonies in Belize City and Belmopan. The Punta Gorda students are excluded this year due to distance. It is hoped that next year, Punta Gorda students join the Belmopan students for the ceremony either physically or by the use of technology.